Posted on Jan 20, 2015 by Endre Barath in Observations about various subjects | 0 comments 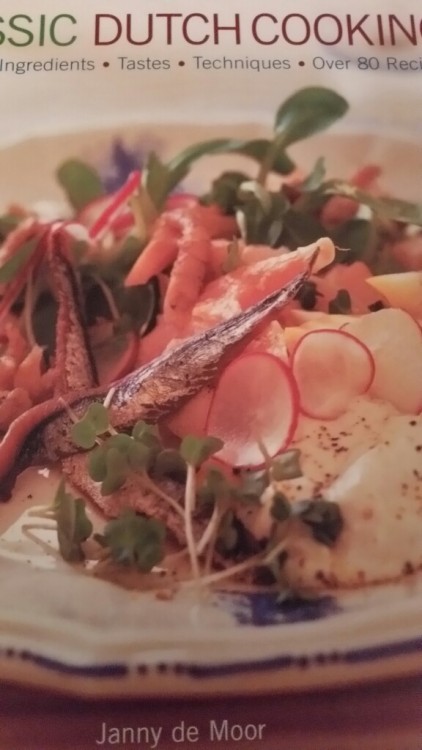 I was inspired to write about the foods of Holland from a list that I recently read. Some of you know what I am referring to, for those who do not, I have include my previous blog about this subject at the bottom of this post. Needless to say before we write or read about the food of Holland, we need to get a clear grasp of the facts that, when we say Netherlands, Holland and Dutch Cooking we are talking about one in the same. Now with that said most people need to understand the geographic location of the Netherlands. Once they do, then they start to get an idea of the type of food they can expect. On the North and on the West sides Holland is bordered by the North Sea. On the South it is bordered by Belgium and on the East by Germany. So anticipate seafood from the north and meat recipes from the east.

Keep in mind, when I traveled to Holland the first town I wanted to stop in was Gouda, (yes the one famous for its cheese), naïve me asked the locals how can I get to the Cheese Factory, they laughed at me and then they explained to naïve me, that they do not make the cheese here anymore. At the same time they educated me of the varieties of Gouda Cheese BTW it is pronounced as “How-Da” but if you said that to most cheese mongers in the US, they would not know what you are talking about so Gouda it remains. http://www.cheese.com/gouda. Since I was not a big fan of Limburger Cheese hence I was in no rush to get to Limburg also a town in Holland. Good thing, because I have learned years later that most Limburger Cheese is actually produced in Germany hence I would have received the same answer when I got there.

So armed with this knowledge I was heading to Amsterdam. If you read my previous blog posts you will understand, that I am a believer to go to the big cities, where you can learn about the culture faster and taste the food of the various countries and get a good idea of what they represent. This was truly a fantastic experience to be spending time in Amsterdam, I am not just referring to the Red light District, the Diamond District as well as the College District. They all left a fantastic impression on me, but I am referring more so about the Gastronomic Experience I enjoyed. I equally enjoyed visiting all the great Museums, including the Van Gogh and the Impressionistic museums. In addition yes including Ann Frank’s house, walking over the Canals and taking the mandatory tourist ride of the canals, they are all still fresh in my mind. The food was out of this world!

Now let’s talk about the Restaurants, they are truly out of this world, when it comes to gastronomical experience. Hard to believe, but when I was there I cannot recall how many Michelin Rated Restaurants existed. All I can tell you is, that I had some fantastic cheese tarts, great Cheese soup and mussel soup to name a few of the top of my head. Mostly I remember eating a great deal of fish with some delicious sauces and white asparagus as the side dish.

I remember what we would call dipping sauce, but it was a cheese dip and one would dip the potatoes in it. Needless to say I wanted to mash mine into the sauce to get more sauce. So with that said do not be surprised if I make some Dutch food and post the recipes for all of you to enjoy and make.

Now keep in mind the people of Netherlands love Americans and they adore General George S. Paton from saving them from the Germans in World War II. So I was treated like royalty everywhere I went. The funniest memory I have was seeing the Highway Patrol, they were all driving Porsches, now you can guess not too many speeding cars would be able to get away if they were being chased by a Porsche.

Now if you would like to have a great cook book about Dutch cooking please check out Janny de Moor’s Classic Dutch Cooking well worth the money hope you can find it still.

If you are considering buying or selling a home, a luxury home, luxury investment real estate, luxury vacation homes, or luxury beach properties in Southern California, Los Angeles, Century City, Westwood, West Hollywood, Beverly Hills, Marina Del Rey, Venice or Malibu, feel free to contact me at 310.486.1002 or homes@endrebarath.com or visit one of my websites  at     http://www.endrebarath.com. I am a pet friendly realtor and I contribute a portion of my commissions to local animal rescue organizations.