The 87th Academy Awards will be held this February 22nd,2015 at the Dolby Theater. 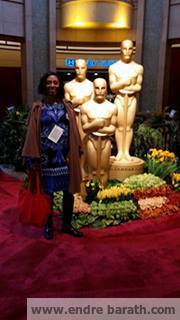 The 87th Academy Awards will be held this February 22nd, 2015 at the Dolby Theater. The Proper name is “The Academy Awards of Motion Picture Arts and Sciences”. Most people know it as the “Oscars”. Every year Hollywood gets together and there is fierce campaigning in the background by actors, directors and all involved. The votes are already in and the predictions are hot and heavy. Some make a living of the guessing as to who shall win which award. It reminds me of the political elections, hard aggressive campaigning does not always guarantee that the right person got the award or in politics the position. Just like in politics people vote without doing their research as well as their homework. Just on a side note, over the years I have been in a few homes of the Members of the Academy who are actually voters and saw many a DVD in plastic still unopened and the voting has been completed. Actually very similar when I have been to “Oscar parties” and we were using the ballots that you can get off the internet and in the old days out of the News Papers, we “guessed” or should I say “voted” and the winner at the end of the party won a price which the host provided. Not one person at the party has seen all the categories, clearly there was still a “winner” or should I say “best guesser”, but I digress. 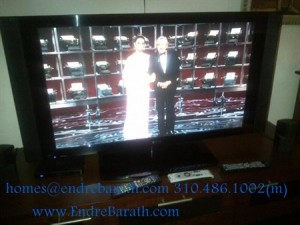 By now the directions are clear, since the Golden Globes were already held, there are clearly some front runners and some unexpected surprises as it always happen at the Oscars, year after year. Keep in mind this is big business not just for the” Hollywood Who is Who”, but for the clothing designers, the jewelry designers as well. After all, the whole world or at least that is how it is perceived, will tune in and watch the show. 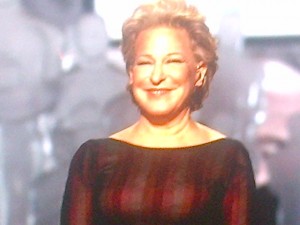 There will be a lot of glitz and glamour as one would expect from the entertainment industry. The gossip industry will be making hay as well. There is so much that goes into this choreographed awards ceremony that most people are not even aware. The seating arrangement is politics as well, i.e.: who sits where, who is sitting next to, behind or in front of the people. There will be quite a few losers, since only one person or entity wins the coveted award in each category. Some losers will be gracious others not so and if you watch it you will get to see the reactions, because the cameras will be zooming in mercilessly on the winners as well as the losers. So clearly you can see why the gossip industry will have fun with this.

I remember growing up as a kid watching the “Oscars” and my parents complaining who won and discussing who should have one. Nothing has changed over the years, these same discussion will be going on the night of February 22nd, 2015 as well as after it. The only thing will change are the names and faces, but the drama will be the same.

A far as I am concerned the best part is, just as the Golden Globe Awards are great for the local economy this is probably even better. Tourists from all over the world come to Los Angeles to get a glimpse of the Red Carpet and the Stars as they make their entrance to the Award Ceremony. So if you have time tune in and enjoy the entertainment. Better yet if you cannot come to Hollywood, then hold your own “Oscar party”.

Last year everyone was worried about a Rain Storm see my blog about the Academy Awards here    https://endrebarath.com/the-academy-awards-this-needs-to-go-off-without-a-hitchperiod

If you are considering buying or selling a home, a luxury home, luxury investment real estate, luxury vacation homes, or luxury beach properties in Southern California, Los Angeles, Century City, Westwood, West Hollywood, Beverly Hills, Marina Del Rey, Venice or Malibu, feel free to contact me at 310.486.1002 or homes@endrebarath.com or visit one of my websites  at  https://www.endrebarath.com. I am a pet friendly realtor and I contribute a portion of my commissions to local animal rescue organizations